How many decisions do you make each day? 100? 1,000? Psychologists tell us that we make between 100,000 and 200,000 decisions each day – most of them without thinking about them. How do we manage to do this? We apply rules to our decision making process. Many of these rules are inbuilt and we’re not even aware of them.

Phil Atherton of Precept Optimum Performance spoke at our networking lunch yesterday and introduced us to some of these decision making rules and how we can use them in marketing our products and services.

What have swinging a baseball bat and marketing got in common?

Have you ever watched a baseball batter warming up in the cage before going to the plate? No – nor have I. Apparently he puts a weighted collar on the bat to make it heavier. This helps with the warm up but more importantly, when it is removed the bat feels as light as a feather and the batter believes he can hit any ball out of the field. This is perceptual contrast. Posh restaurants do this. Look at the menu and you will see at least one item in the starters, main course and wine list that is significantly more expensive than the rest. The really good restaurants (good at doing this – not necessarily good restaurants per se) put this item at the head of the list of starters, main courses, etc. The items below are cheaper making them seem more reasonable or inexpensive. Most of us would then go to the more reasonably priced menu item and thing this is OK (even if it is still expensive).

Perceptual contrast and marketing a proposal to a client

Phil suggested that we can apply this “trick” to marketing proposals to a client. Don’t give the client just one option, give them 2 or 3. They want to be able to make a choice and if we only present one option, they’re going to compare it against something else – perhaps a competitor’s proposal. Take a leaf out of the posh restaurant’s menu. Place the most expensive option first. This is the option with all the bells and whistles, the one that covers everything and that you would be overjoyed for your prospective client to select. Then put the option that you believe is the best for the client, the cheaper option. This is the one that they are most likely to pick as it is exactly what they want. Perhaps even add a third option, the most basic. Make it sound basic, after all most people don’t want to buy the most basic item (how many extras did you get on your car – even if you bought it 2nd hand?)

Have you ever pitched a proposal and come across the situation where the person you are speaking to says that they have to discuss it with someone else – The Hidden Buyer? For example – a car salesman has been talking to a man about buying a new car. The man is keen to buy but he says that he just has to discuss it with his wife. Or perhaps you have put your proposal to your client and he says he has to take it before the board. These are the hidden buyers. People you can’t influence because you aren’t meeting with them. This is where you have to get cognitive dissonance working for you. Cognitive dissonance is where we act in tune with our beliefs.

Cognitive dissonance and marketing a to a hidden buyer

Phil showed us how we could apply this to marketing where a hidden buyer is involved, first by telling us a story.

In the US, the day before an election, an experiment was tried. People went door-to-door in one half of a district asking people whether they were going to vote the following day. Most people answered “Yes” (most people will because they don’t want to be seen as non-voters). The following day, as people came out from voting, they were asked whether they had been visited the day before. It turned out that there was a 50% increase in voter turn out from the people who had been asked whether they were going to vote – just because they felt that they had to live up to their commitment after saying that they would vote.

If (and when) we get someone saying that they will have to show this to the board, say to them something like “When you g to the board, are you going to recommend us?”. Your client is unlikely to say no (if they do you know you’ve got something badly wrong somewhere), they are most likely to say yes and then actually live up to that commitment.

This is a very simple idea which all networkers know (and most other people too!) – if I do you a favour you are going to feel obliged to do me one back.

Phil told a story of an American restaurant putting this into practice. There’s a big tipping culture in America, with different levels of tipping for different levels of service (even tipping for really bad service – ask Phil about the Taxi driver) and this restaurant wanted to see if they could increase their tips. They had a bowl of mints at the till that people could help themselves to while they were paying their bill. They started bringing the mints to the diners with the after dinner coffee – something we see a lot of here in the UK – and they found that tips went up by 3%. This was good but they thought that they could do better, so they started leaving 2 mints with the coffee. Incredibly, tips went up by 14% – because the staff were making the diners feel valued. Now, how would you feel if you were given something and then the person said something along the lines of “you’ve been so great – here’s something more”? Special I would think. The restaurant staff thought so too, so, instead of leaving 2 mints with the coffee, they would leave one, start to leave the table and then turn round and leave another. Unbelievable, tips went up by 23%!

All this comes down to do a favour first and your client will feel that they need to return it. All referral networking works on this basis (whether they admit it or not). BNI state it like this “If I give you business, you’ll want to give me business back”.

The favour has a lifetime. The longer it is before the favour is repaid the less significant the original favour seems, so make it easy for the person to return the favour quickly – perhaps by tying it in to cognitive dissonance behaviour 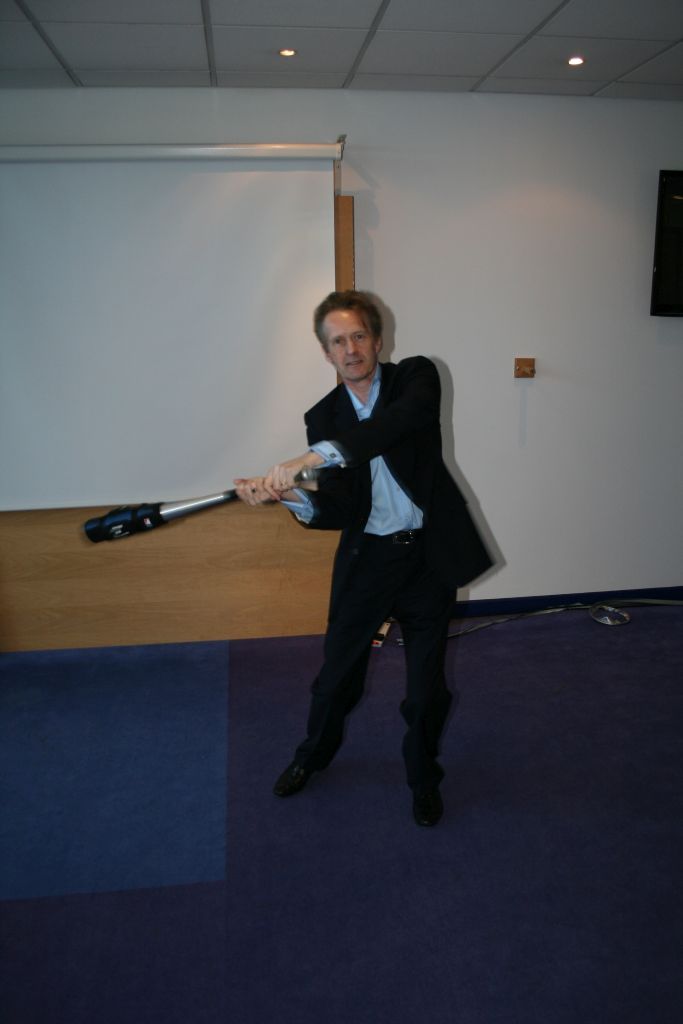 Article Name
Marketing Jedi mind tricks
Description
How many decisions do you make each day? 100? 1,000? Psychologists tell us that we make between 100,000 and 200,000 decisions each day - most of them without thinking about them. How do we manage to do this? We apply rules to our decision making process. Many of these rules are inbuilt and we're not even aware of them. Phil Atherton of Precept Optimum Performance spoke at our networking lunch yesterday and introduced us to some of these decision making rules and how we can use them in marketing our products and services.
Author
Trevor Wood
Publisher Name
Network Midlands Ltd
Publisher Logo